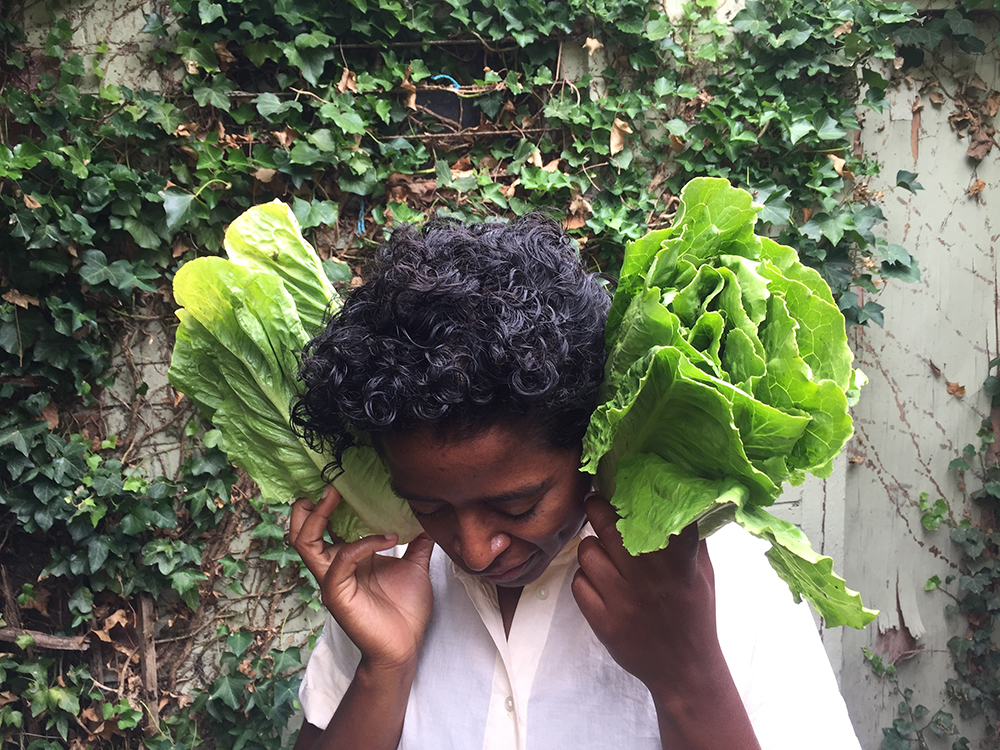 Your first programme for Kammer Klang brings together work by Rebecca Glover, Nemanja Radivojević, Alvin Lucier and Elaine Mitchener. What are some of the themes or concerns that shaped the programme?

Well, the major concern that has shaped the programme for me, or rather I believe it’s a position, also merely an acknowledgment, is that I’m coming at this from a sound art/ performance/live art background rather than from new music. While there are overlaps in terms of what might materially happen at a new-music event and an event more readily described as “performance art”, I am aware that there are distinctions in the vocabulary that’s used and also communication style. Perhaps even the value systems around what makes something “good” are slightly different. I’m obsessed right now with judgement as it relates to experimental and/or anything (which is right now) outside the “canon” (although it may enter the canon or be co-opted for whatever reason) and the canon itself.

So anyway, I was attracted to Rebecca Glover and Elaine Mitchener’s work for this context because I felt both of them would really understand where I’m coming from, “outside” of new music. Rebecca used to run this amazing sound art programme called Please Stand By. Elaine is classically trained but I think is way more (in my view) committed to foregrounding or embedding historical narratives in the work than I think is expected or encouraged when someone is “classically trained”. I’ve noticed both of them make work born from the earth (I’m literally talking about soil, rocks, vegetation, landscape as text) and that makes me feel grounded in a context that otherwise feels nebulous (art and music both).

I want to pick up what you said about Elaine’s work embedding historical narratives. One way it sometimes does this is to do with space – making use of sites that resonate historically with the work, such as Museum of London Docklands for her piece Sweet Tooth. As someone who’s curated events in quite a broad range of spaces, how do these considerations play out for you? In what ways does it matter where something happens?

I feel like where something happens is literally (almost) everything. This might be fairly obvious but curating is spatial even when it’s online or in a publication. In some senses I do feel like it’s fairly obvious that the physical qualities of a space would affect the work but nonetheless people still do sound-based events in rooms with terrible acoustics, so there is of course the desire to simply do the thing that probably overrules the spatial constrictions or maybe people just agree to have a hard time. I’ve done this. I did a show with Jeannette Ehlers once that was 90% video (ie requiring dark rooms and lots of plug sockets) in an old 19th-century house in a hot climate. Why did I think that was a good idea? Well, it’s because Jeannette is great and the concept felt prescient at the time and that was the space we had available. I’d like to be more patient in the future.

You mentioned this sense of an “inside” and an “outside” with new music, specifically in terms of differences in the vocabulary used and modes of communication. Do you think there are also different ideas as to what it means to be a performer, or to create a “work”? Often in new music, performers are still trained to execute quite a narrow range of tasks (albeit insanely well).

I think there is a sense in art that anyone could decide that they want to incorporate performance into their work at any point, when the desire to do so arises. It requires a lot of rigour to be self-taught, no? I think also artists sometimes make work that is called performance although they don’t necessarily identify as performers. I don’t know very much about what it means to be a performer in a music context. For example, I don’t know how likely it might be for a percussionist to feel moved to play oboe and then do it, to learn it by doing it live in front of other people. Seems like you’re suggesting that would be unlikely.

Yeah, I feel it’s unlikely. But more people are starting to collapse that composer-performer boundary in new music, sometimes inspired by the sense of visual arts having more porous practices.

Equally I think visual-arts institutions use new music, theatre and dance (or, choosing work with artists whose visual-arts practices use the languages of dance, theatre and new music) to invigorate their programmes and attract “wider” audiences. So to me I think that this idea of trying to borrow from a similar discipline to collapse a boundary is mutual.