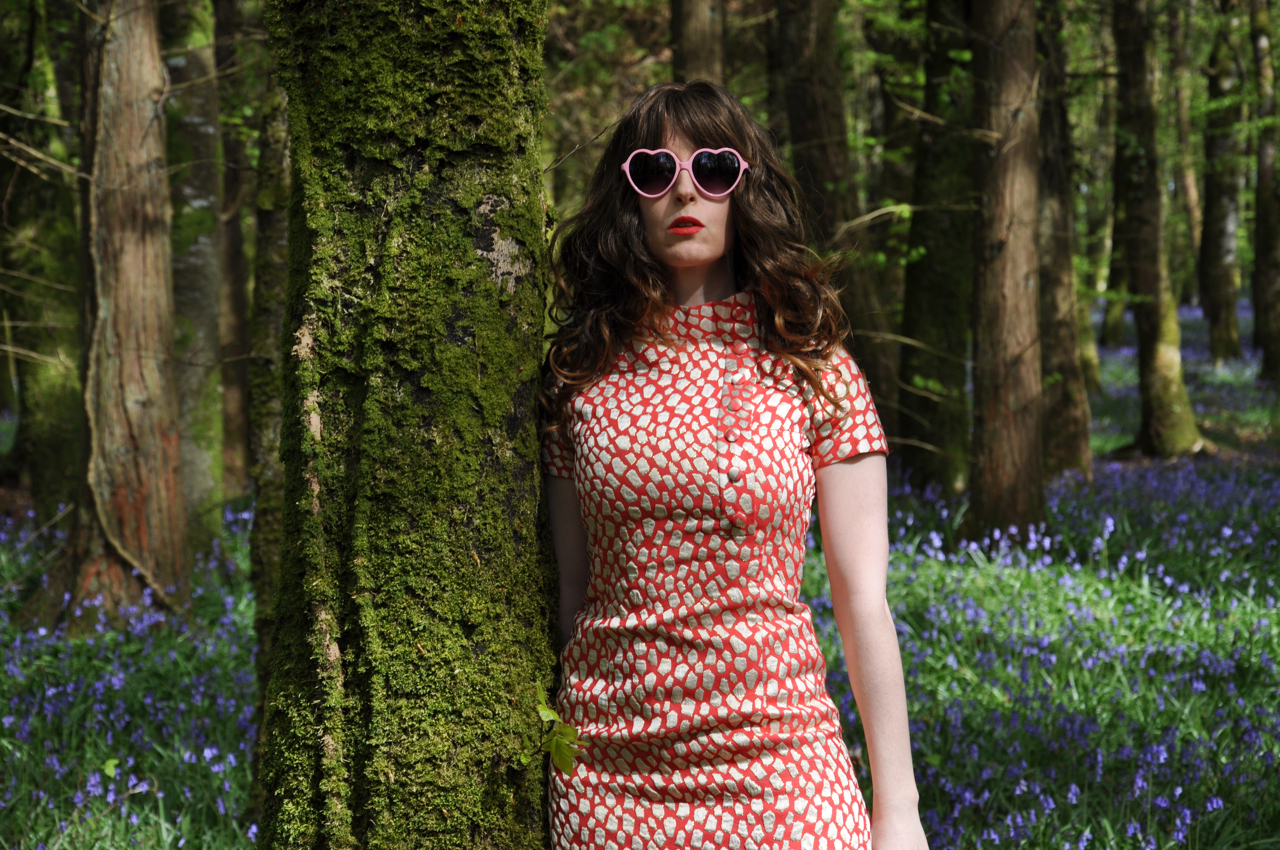 Jennifer Walshe is a composer and improviser whose work has been performed and broadcast all over the world. In the 1960s, Tony Conrad was an early member of the Theatre of Eternal Music. His groundbreaking practice over the following five decades encompassed film, teaching, installation, performance and more. The two first met in 2008, while playing at Electric Eclectics, a festival in Meaford, Ontario.

Tony and I met backstage in Laura’s huge Record Room, which is the kitschiest room you could imagine. The floor is lined with vinyl records, and the walls are lined with shelves full of loud exotica, Elvis songs sung in Flemish. Tony immediately wanted to discuss the harmonic structure of Irish folk music, a topic we would return to again and again through the years.

What was so fascinating about those Irish harmonic structures? And how did those discussions shape or spill over into your work together?

Tony was always interested in the theoretical origins of harmonic organisation, particularly about how drone came about. Towards the end of his life he was actually working on a music theory book, which was sort of his rethinking of Western music theory in light of the thinking he’d been doing throughout his career, both theoretically and also as a musician. Over the years he would give me books – one time he gave me this old hardback book about the music of Scotland, and another time one called The Celtic Revolution. All this was something he would circle back to. I know a lot of people in the drone community are very enmeshed in the music, and it’s such a beautiful experience to listen to drone, but equally Tony was thinking about it. When we started working together he drew out this whole schematic of the number relationships, and he was talking about how he’d studied maths at Harvard, and that that was important to him, it was a key thing in what he was doing.

Can you say a bit about the show this recording is taken from?

I remember the show really vividly. It was in the old Roulette venue in Soho, and I remember travelling down there with Tony. We went to a Japanese deli to try and find a snack before the show because we were both always hungry. At the beginning I said to Tony, “How long shall we play for?” and he took out this clock, the side of it was broken, and he said, “Oh, about two hours.” It was this sense that we were going on this massive journey, this long show.

We had all these instruments spread out across the the stage, almost like a geography that we’d navigate through over the course of the show. I had a jumper on that was too heavy, and by the end of it I had sweated all the way through the jumper because it was just so intense, what we were doing. In terms of the music itself, it felt like such a huge space, which we accessed together. I might play drone, just intonation tunings, some of that vocabulary, with other people, but the co-ordinates are never exactly the same, they’re only partial. So when I played with him it was really about this shared space that we navigated together.

When you performed together at LCMF in 2013, one thing I loved was this sense of “pure sound” coming up against various things, like the way you used your voice – which seemed both materialist and to signify a whole bunch of things beyond itself. How do you think about the voice in your work?

it’s interesting that you say that about the voice. Before I started working with Tony I had done a huge amount of free improvisation for a long time and I had worked with a lot of different people. But it was extremely rare that I’d use text when I was using my voice. It was Tony who said to me, “I don’t understand why you’re not using text.” I use text in my improvisations and in my compositions constantly now, and I really have Tony to thank because he nudged me in that direction. He just said, “The door’s open, why aren’t you walking through it?” So with Tony I started really working with text.

To work with Tony was an improvisational relationship where everything really was permitted. He was interested in everything and he wanted to keep pushing forward, wanted to expand his idea of what improvisation could be, so he encouraged me to use my voice, to use text, to tell stories. He had no problem if things were kitschy or weird, or had clear references to everyday life, to reality. So for me, now, when I work with my voice I try to make it as open as possible, that it can take influences from anywhere, whether it’s a no-input mixer that I’m imitating with my voice or a recording of an underground volcano, or I’m singing something that sounds like a pop song, or I’m repeating text that I heard in a YouTube video.

You’ve spoken before about how, today, Fluxus feels like this kind of mythology or set of fairy tales. Tony obviously has a place in that “story” of western experimentalism. What does that mythology mean to you, and what are the implications in terms of working in this intergenerational way?

I definitely think that for people of my generation, Fluxus did seem like sort of iconic fairy tales and myths. That’s how I do often describe it because it was something that dropped into our consciousness. It was also something that seemed remote and inaccessible, especially if you grew up in Ireland. Like the idea that you would have contact with Fluxus was bizarre. At least if you grew up in England there was some ostensible connection, like with Cardew or something like that. So when I first got to know Tony, of course it feels like you’re making this contact with an actual living piece of history. He starts gossiping and telling you stories. And he speaks about it as if it’s just something that happened in his life. And you realise that a lot of these movements that you’re taught about as a student, they are things that simply happened in people’s lives. Messy life events, as opposed to the clear summation of a movement that happens in a lecture.

He was genuinely interested in younger people, and I know that our collaboration and friendship was deeply enriching for both of us. For those of us who were his friends, those of us who were younger than him, we had the privilege of witnessing history in a different way. Hopefully we’ll get to our seventies and eighties, and we will make friends with younger people who will think we lived through some epoch that they were taught about in school – and our job will be to explain it in more nuanced ways.

Jennifer Walshe is a composer, vocalist and performer. Her work has been performed all over the world by ensembles such as Alter Ego, ensemble recherche, Ensemble Resonanz, Apartment House, Crash Ensemble, Con Tempo Quartet, The Rilke Ensemble, The Irish Chamber Orchestra, Musica Nova Consort, and The Scottish Chamber Orchestra. In addition to her activities as a composer, Jennifer frequently performs as a vocalist, specialising in extended techniques.