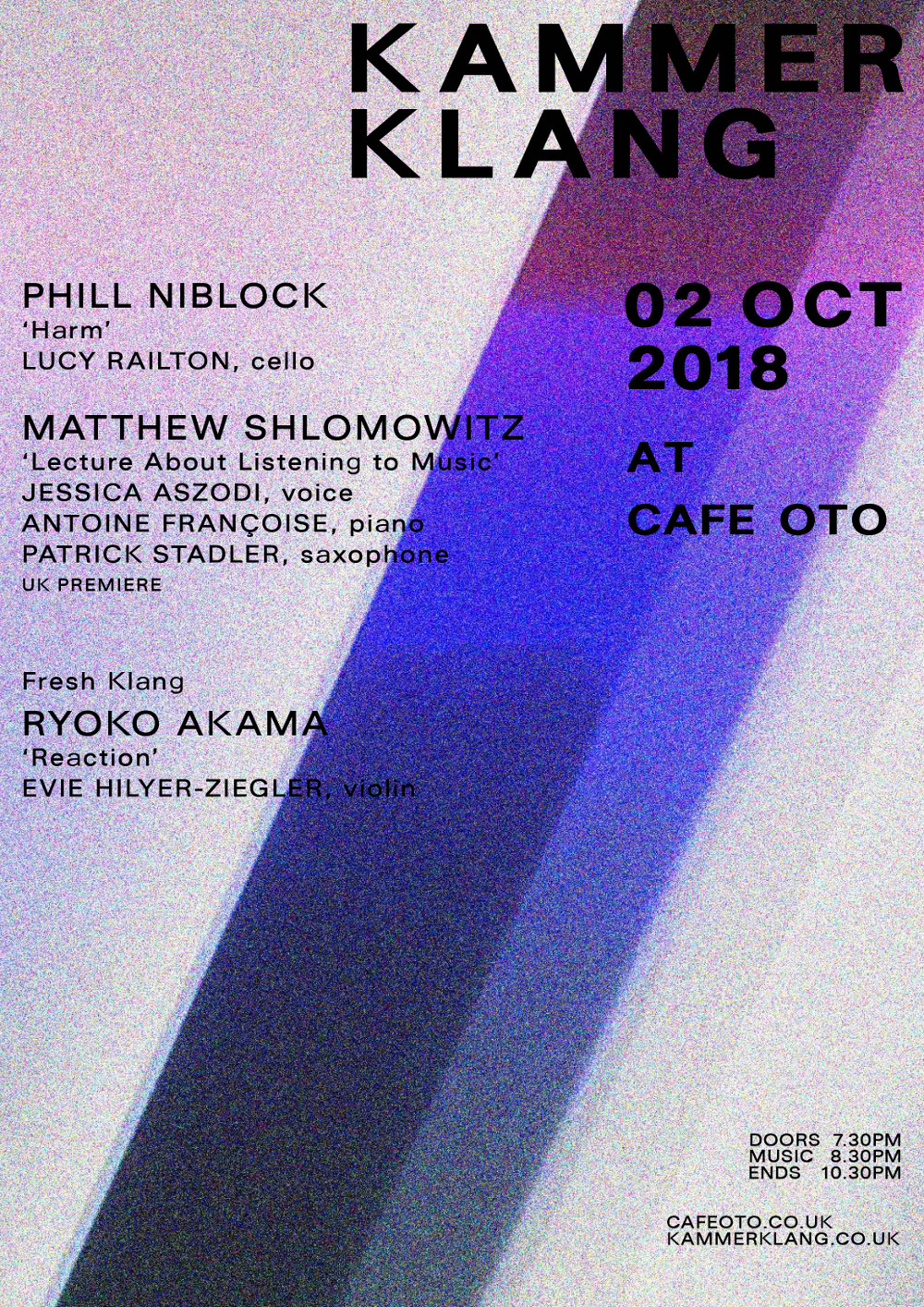 Quietness and loudness. What are they and how do they act on us? Composer and sound artist Ryoko Akama is drawn to an “almost nothing aesthetics”, to the special tensions generated by quiet music. Phill Niblock is a high priest of the opposite threshold: “It should be played very LOUD, with a mite of extra bass”, he wrote in the notes for one 1999 release. “If the neighbours complain, and they live two miles away, it’s about the right level”.

Though the intentions diverge, in a sense these artists propose two sides of a coin – one of a deeper listening, with sound less as a system of symbols and more as something material, to be apprehended and tested. John Cage and Alvin Lucier are well-known inspirations for this line of thinking, and both Akama and Niblock have had important encounters with the music of Éliane Radigue, another deep explorer of sound in space. As the curator of the XI label, Niblock put out an influential recording of her Trilogie de la Mort. His own compositions – dense meshes of slowly shifting pitches – are like more turbulent cousins to Radigue’s. Akama has been collaborating with Radigue since 2004, and presented the premiere of her OCCAM XX in 2014.

Attending closely to sound is, for Akama, part of a broader enquiry into the porous edges of the artwork: “I like my scores to nudge everyone to be involved with the environment as much as possible – space, performers, audience, atmosphere… The whole situation is not created by my score on its own but every ingredient that lives in that moment.” Her scores inscribe a Fluxus-like openness that absorbs and engages those uncertainties. Sometimes technologies, too, are mobilised to indeterminate ends: oscillators, resonators or kinetic objects brought into elastic confluence with human agency. Through these assemblages, distinctions between installation and performance become vanishingly thin.

Niblock’s practice is perhaps more straightforward. His career began in 1960s New York, already a crucible for first-wave ‘pure sound’ believers like La Monte Young. Young was an influence, but where he was drawn to the mathematics of pitch and intonation, Niblock has always been more instinctive. Having almost no formal musical education, his outlook was shaped instead by an early obsession with jazz, the discovery of artists such as Sol Lewitt, Donald Judd and Barnett Newman, and his own experiments in photography and film. Since the 1970s, much of his sonic output has emerged in a similar way: recordings of long notes on a particular instrument are made, edited and interwoven to produce complex acoustic patterns. In performance, and at volume, these patterns take on their own sinuous lives, transfigured according to the listener’s position in the room.

For Matthew Shlomowitz, this attention to sonic materiality defines a particular kind of listening, one examined at the outset of his Lecture about Listening to Music. Never a matter simply of the ear, Shlomowitz shows listening instead to be a tangle of social and cultural contingencies. Survival instincts, textual framing, the appearance of performers: myriad factors shape how we listen, in ways that unsettle any illusion of an unfiltered sonic experience. Arguably, though the piece doesn’t address this, they also unsettle any illusion that listening is apolitical: it’s not just a question of whether you’re familiar with a particular theorist’s ideas, but also, crucially, of whether you’ve had the socio-economic resources that help make those ideas available to you.

One reference point for Shlomowitz is the 2004 work Veronique Doisneau, by choreographer Jérôme Bel. In it, Doisneau, a soon-to-retire ballet dancer, recounts the details of her career while demonstrating various dances she had performed, or had wanted to. In his lecture pieces, Shlomowitz likewise drifts dramatically from the material to the discursive, as passages of musical performance intersect with the staged lecture situation. In this sense, he also participates in a broader current of artists – Jennifer Walshe and Trond Reinholdtsen, for instance – whose work begins to collapse the edges of Western art music and live art. At the same time, this inherently playful form folds back as yet another factor in Shlomowitz’s question: of how we listen to what, and why. 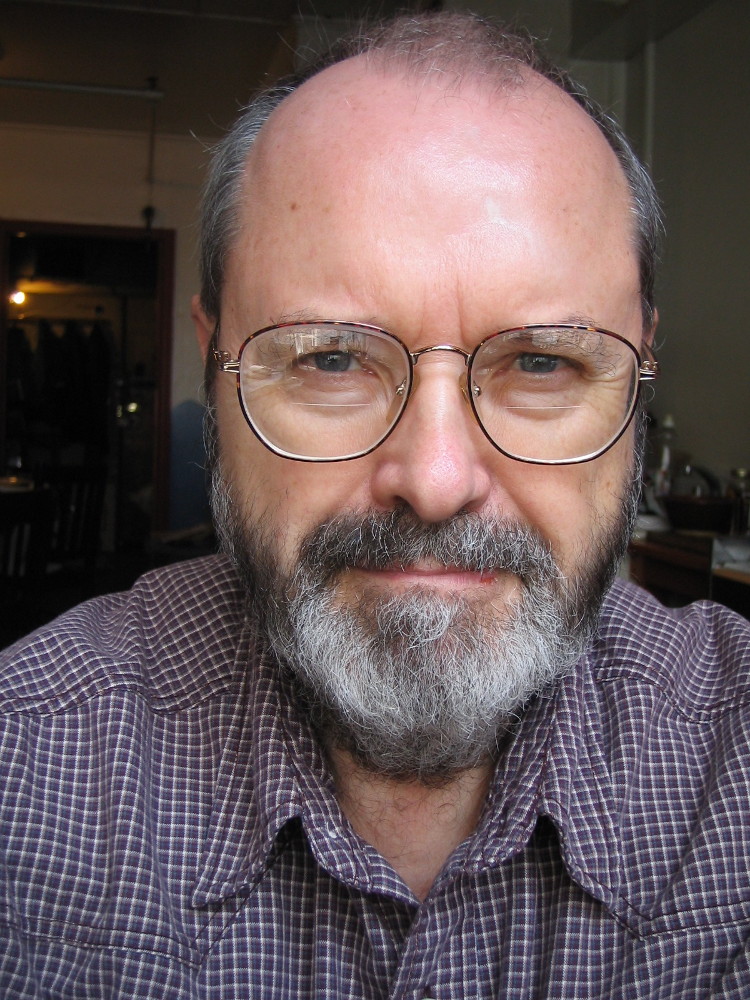 Phill Niblock (b. 1933, USA) is an artist whose fifty-year career spans minimalist and experimental music, film and photography. Since 1985, he has served as director of Experimental Intermedia, a foundation for avant-garde music based in New York with a branch in Ghent, and curator of the foundation’s record label XI. Known for his thick, loud drones of music, Niblock’s signature sound is filled with microtones of instrumental timbres that generate many other tones in the performance space. In 2013, his diverse artistic career was the subject of a retrospective realised in partnership between Circuit (Contemporary Art Centre Lausanne) and Musée de l’Elysée. The following year Niblock was honoured with the prestigious Foundation for Contemporary Arts John Cage Award.


Founder of the KK series and cellist Lucy Railton kicks of the 2018/19 season with a performance of ‘Harm’ by Phill Niblock. Railton has been a stable member of the contemporary music scene in London and the UK for more than a decade, collaborating extensively and dedicating her time to the development of new music. She also writes her own music, recently releasing a solo album on Modern Love, and composes for dance, film and installation. As well as founding and co-curating Kammer Klang since 2008, she is co-founder of the London Contemporary Music Festival and was co-director until 2015. 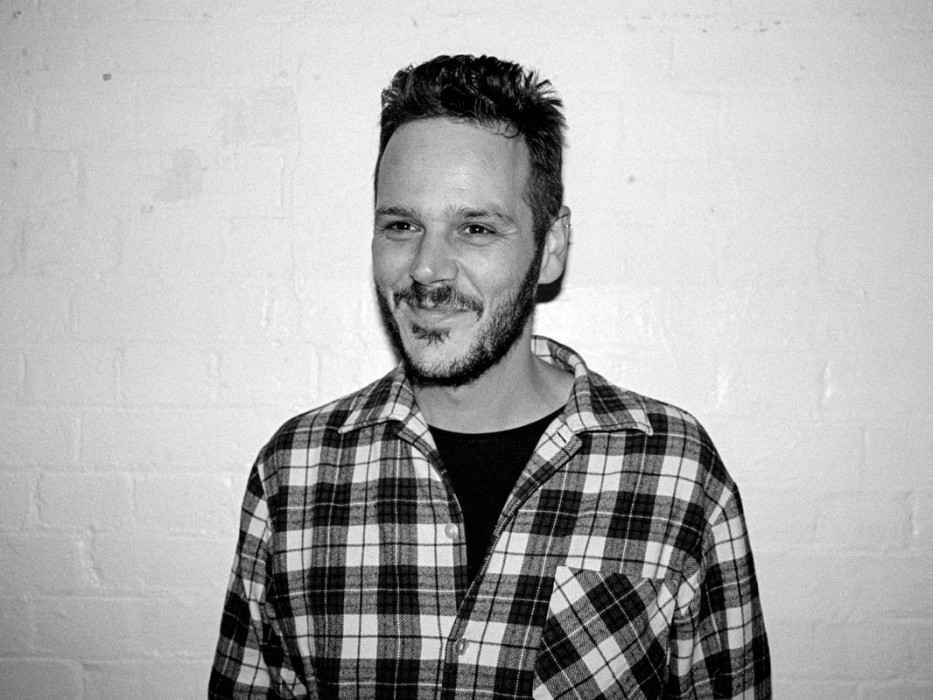 Matthew Shlomowitz (b. 1975) is a composer of concert music and performance pieces. Raised in Adelaide, Australia, he now lives in London. He is Associate Professor in Composition at University of Southampton, and co-directs the new music ensemble Plus Minus with Joanna Bailie.

He has three ongoing projects: Popular Contexts, a series combining recordings of recognisable real world sound with instrumental music; Letter Pieces, which combine physical actions, music and text; and Public Lectures about Music, a series of lecture-pieces addressing ideas such as aesthetic judgement and emotional responses to music.

Born in 1987, Antoine Françoise studied piano in Switzerland with Paul Coker, and at the Royal College of Music, London with Andrew Ball, Yonty Solomon and Ashley Wass. He also studied saxophone with Laurent Estoppey and composition with Michael Oliva.

Very active in the fields of contemporary and chamber music, Antoine has played internationally with conductors such as Diego Masson, Clement Power and Pierre-Alain Monot. He has been a member of Switzerland’s Nouvel Ensemble Contemporain since 2008, is a core member of Ensemble Nikel, and plays regularly with the London Contemporary Orchestra, City of London Sinfonia, London Philharmonic Orchestra, London Sinfonietta and Ensemble Contrechamps.

Antoine has given over a hundred premieres, and worked closely with composers such as Julian Anderson, Rebecca Saunders, Hans-Peter Kyburz (giving the UK premiere of his concerto) and Eric Gaudibert (who dedicated his last concerto GONG to him).

In the classical field, he has performed widely in Switzerland, France and the United Kingdom, including concerti by Grieg, Hindemith or Poulenc and is hugely in demand as an orchestral pianist and chamber musician. 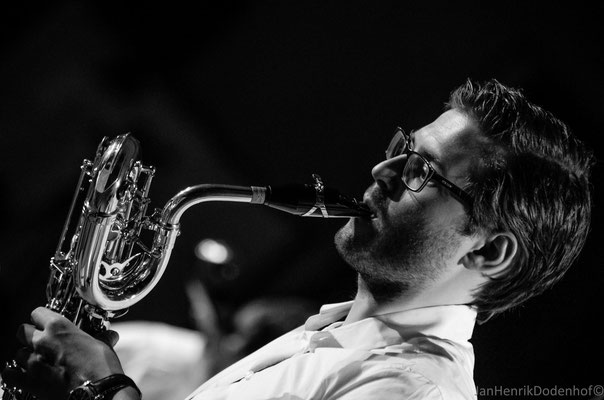 He has appeared as soloist with various orchestras, such as the Philharmonie Zentralschweiz, L’Orchestre Tibor Varga, Kammerorchester Basel and Sinfonieorchester Basel, and has played at the Donaueschinger Musiktage, International Summer Course for New Music Darmstadt, Impuls Academy and Lucerne Festival Academy. He has also won numerous prizes and awards, including those from  the Da Ponte Foundation, Darmstadt International Summer Course for New Music, and Deutscher Musikrat Competition.

Patrick is a core member of the ensembles Inverspace and Nikel, and the duo Organised Sax. He has collaborated with young and well-known composers, such as Georges Aperghis, Giorgio Netti, Beat Furrer, Peter Eötvös, Malin Bång, Germán Alonso, Teresa Carrasco and Yair Klartag. 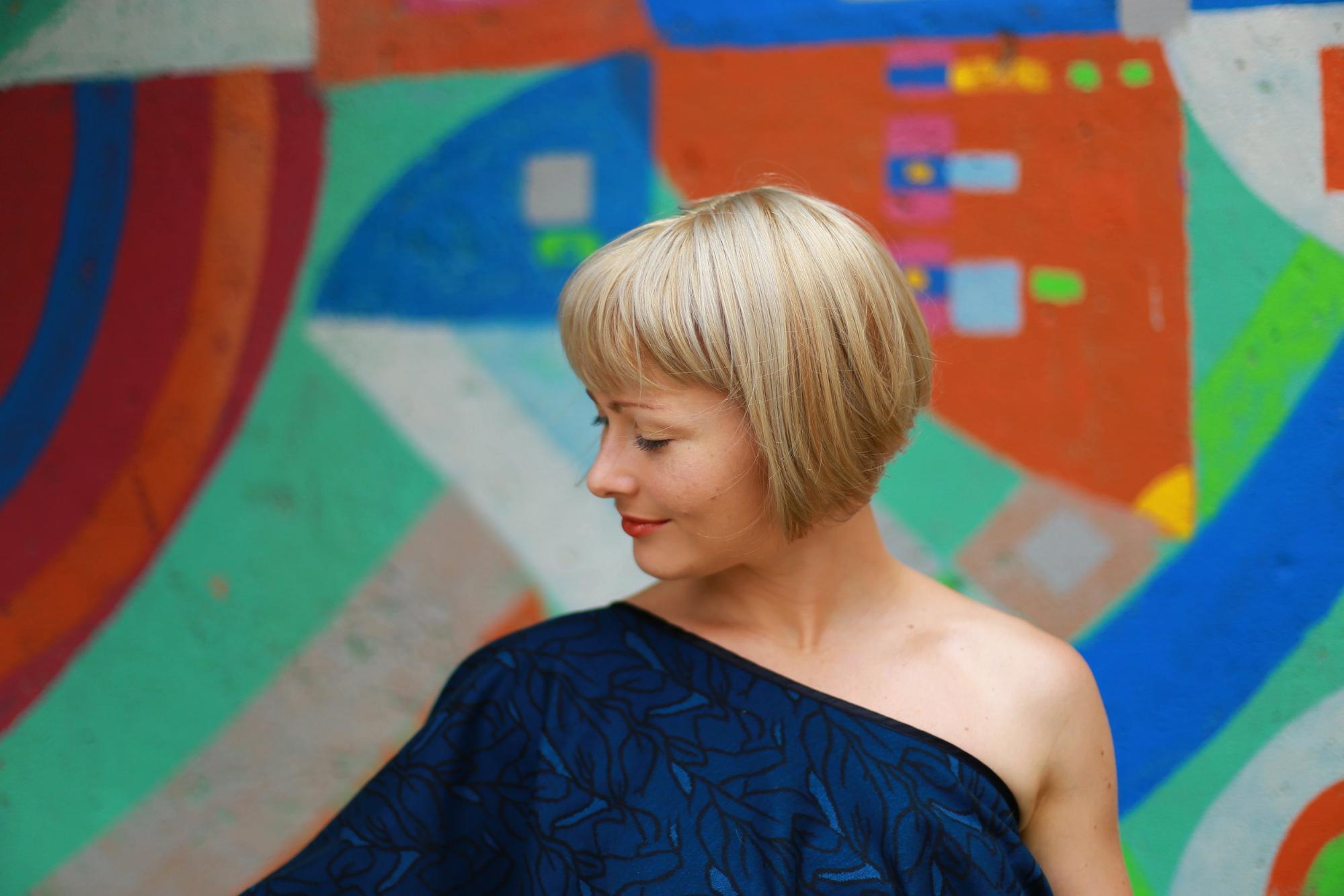 Jessica Aszodi‘s career could best be described as genre-bounding and label-defying. The Australian-born, London-based vocalist has premiered dozens of new pieces, performed work that has lain dormant for centuries, devised pieces, projects and festivals, sung roles from the standard operatic repertoire and collaborated with a constellation of artists from the far reaches of the musical palette.   Her performances have been described as “..thrilling..” (LA Times) and “..intense..” (NY Times). Her voice has been praised for its “utmost security and power” (Chicago Tribune) while the media in her native Australia have dubbed her “one of the finest actress-singers in the country” (The Age).

Her voice has an unusual range, both in terms of colour and pitch, making it possible for her to perform repertoire across genres (from experimental to baroque, folk to opera) and voice types (from contralto works like Boulez’ Le Marteau sans maître to soprano gems like Grisey’s Quatre chants pour franchir le seuil ).

Jessica can be heard on recording for Chandos, Ars Publica and Hospital Hill and has sung in festivals around the world, including Klangspuren, Beethoven Festival Bonn, Vivid Sydney, BIFEM, the Melbourne and Adelaide Festivals, Aldeburgh, Tectonics and Tanglewood.  Aszodi has twice been nominated for the Australian Greenroom Awards as ‘best female operatic performer’ – in both the leading and supporting categories. She is co-director of the Resonant Bodies Festival (Australia), artistic associate of BIFEM, and a 2017 artist in residence at ‘High Concept Labs’ (Chicago). She holds a Doctorate of Musical Arts from the Queensland Conservatorium, a Masters of Fine Arts from the University of California, teaches voice, and has written scholarly articles for several books and journals. 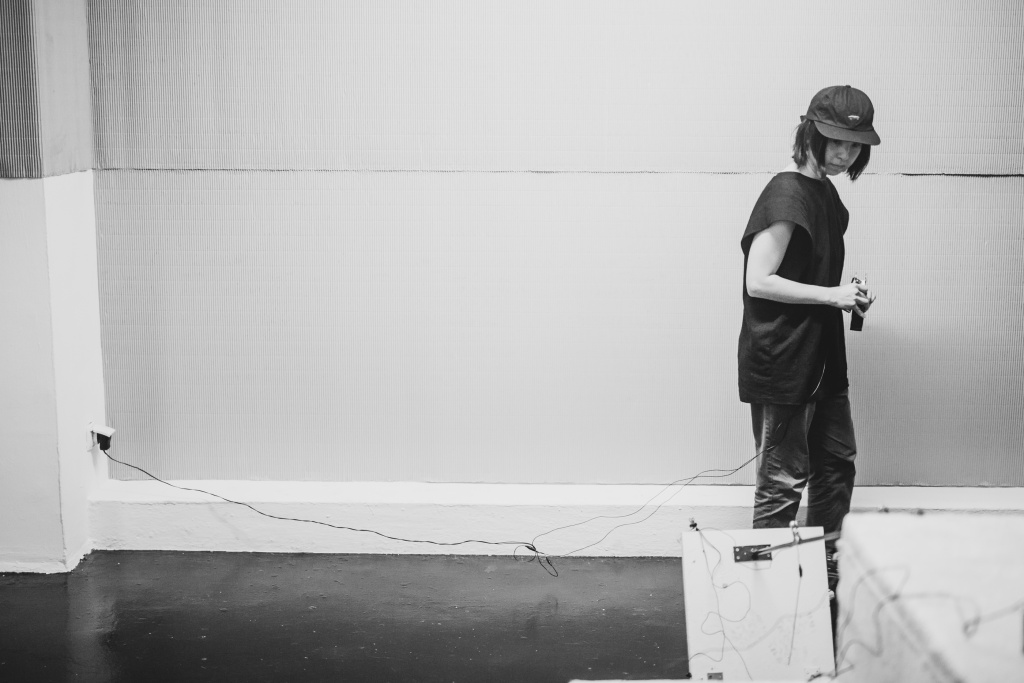 Ryoko Akama is a sound artist/composer/performer who approaches listening situations that magnify silence, time and space. Her work aims to offer quiet temporal/spatial experiences, and is connected to literature, fine art and mixed media (technology). She employs small and fragile objects such as paper balloons and glass bottles in order to create tiny aural and visual occurrences that embody ‘almost nothing’ aesthetics. She composes text scores and performs a diversity of alternative scores in collaboration with international artists. (@RyokoAkama)

Evie Hilyer-Ziegler has just finished her time studying music at Goldsmiths. There, she developed a deeper interest in contemporary music and improvisation, and studied violin under Mira Benjamin in her final year. She directed most of her academic research toward female practitioners in contemporary opera and performance art, and female composers who have written for the violin. Evie enjoys exploring many different styles of music – from Baroque to experimental pop – and performs in a variety of ensembles. She is currently developing new material with her piano trio, Fen, who mix together jazz, minimalism, spoken word, electronics, and improvisation. Evie is kindly supported by the Michael Badminton Young Musicians Trust.
This website uses cookies to improve your experience. We'll assume you're ok with this, but you can opt-out if you wish.Accept Reject Read More
Privacy & Cookies Policy
Necessary Always Enabled