Free
Drop in and become a part of the creative process


Miles Cooper Seaton, Alessandro Cau, Tobia Poltronieri and local guest musicians explore Western, African and Cuban forms over an all-day drop-in improvisation session
Come in the day to listen and in the evening (until 10.30pm) to dance
With special guest DJs and more free Kernel beer

After being asked by Kammer Klang to perform as part of their series, the idea came up to spend time in Cafe Oto’s Project Space. I was immediately attracted by the opportunity to engage the atmosphere where I would be staging Transient Music, as I consider the piece to be so deeply about the place where it occurs. Maybe the work itself is about building a context to inhabit, a temporary home inside the deluge of messages and impressions. In any event, applying that same schema onto a residency appealed to me.

Recently, work has led me to spend the majority of my time in Italy with musicians and artists local to the cities and villages I visit. Two of the many people I have met along the way who have informed, inspired or facilitated the continued development and understanding of the nature of this work are Alessandro Cau and Tobia Poltroneri. They will join me at the studio at their leisure to work on what seems interesting. Daily, the door will be open for intervention, sonic and otherwise, from the surrounding neighbourhood and what- or whomever compels itself in our direction.

There will also be two evening events in the Project Space. In addition to Cau and Poltroneri performing solo, I will perform some works in progress, and more will be announced in the coming weeks.

Perhaps we will manifest a well-tuned collective psychic environment that fosters lateral approach, favors a whim, and provides fertile soil for the tangents that eventually result as (in this case artistic) innovation. Perhaps nothing will happen and we’ll just enjoy the time together. Either way, time will pass.

For over a decade Miles Cooper Seaton’s work has defied genre and discipline, spanning immersive ambient installations, intimate sets in sacred spaces and festival stages from Los Angeles to Tokyo – as a solo artist, with his own band Akron/Family and as a member of Michael Gira’s Angels of Light. Their common thread is the raw emotional charge that infuses every performance with incendiary energy, leaving listeners hyper-sensitised to their own feelings and bodies, to each other and to the world around them. 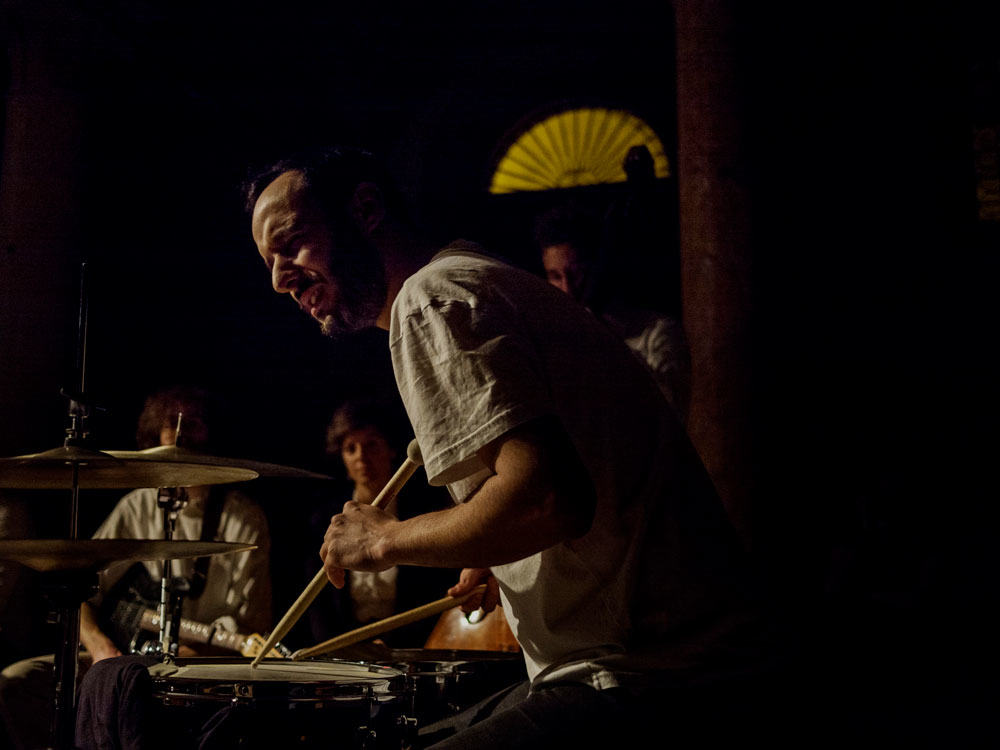 Alessandro Cau is a percussionist, drummer, timbre researcher, improviser and performer. He has studied with Michele Rabbia, Cristiano Calcagnile and Eddie Prevost. In 2010 he began his timbre research relative to conventional percussion, objects and recycled materials, expanding his percussive set and “preparing” it. In the same year he also began the study of Jazz and Harmony with Gianfranco Fedele. In 2011 he began the Permanent Laboratories for Musical Research under the supervision of Stefano Battaglia at Siena Jazz. He has collaborated with Kid Millions (Oneida), Boredoms, John Drain, Erik Truffaz, Gavino Murgia, Mauro Sigura, Shahin Motia (Ex Models), Diagrams (with Sam Genders of Tunng), Geoff Barrow (Portishead) and Lee Ranaldo (Sonic Youth). 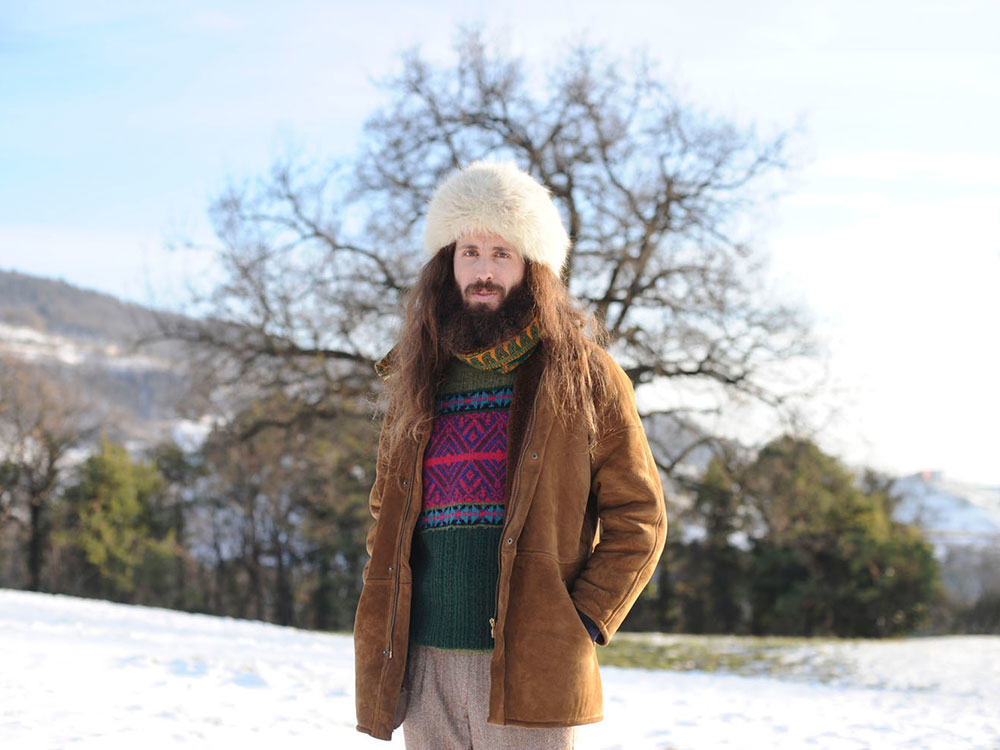 Tobia Poltronieri (born 1988) is a singer / songwriter / guitarist from Verona, Italy. Tobia is a name taken from the Bible: in Hebrew it means “God is good”. He studied fine arts at IUAV University in Venice and is the founder of the open collective project C+C=Maxigross, who perform across the US and Europe. Since age 18 he has been a part of the Italian underground scene, playing with Ancher and Klein Blue, running the label and recording studio Vaggimal Records and organising cultural events within his community. He is also artistic director of Lessinia Psych Fest, the International Festival of Folk and Psychedelic Music, which has run since 2014 in the mountains above Verona.