A free workshop on the composer’s cult software programmes Soundloom and Composers’ Desktop Project (CDP)
Limited to 8 places
Email us to apply
The workshop is now full, thanks to all who applied!

Trevor Wishart leads a workshop in his cult software programmes Soundloom and Composers’ Desktop Project (CDP). Participants will be asked to bring mono or stereo wav files of their own work, 44K sampling rate, to develop over the course of the workshop. Familiarity with these programmes is not required.

Places are limited to 8; please email us with a few sentences explaining your ability and skill set (if any) in relation to this particular workshop.

The workshop is now full, thanks to all who applied! 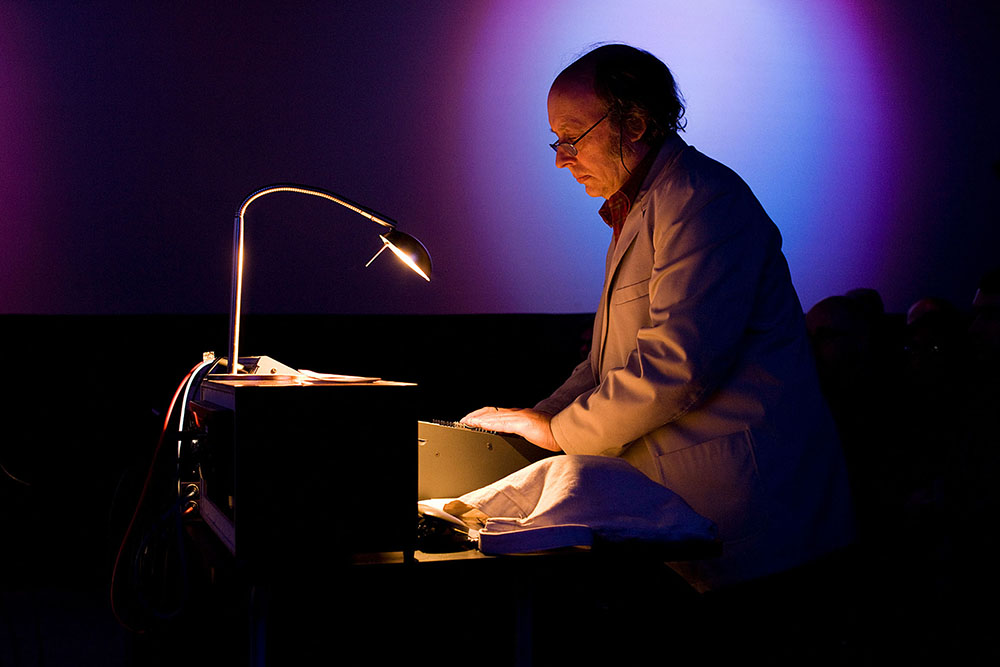 Trevor Wishart (b. 1946) is an independent composer and free-improvising vocal performer based in the North of England. He has also lived and worked in Germany, France, Holland, Sweden, Australia, Canada and the USA. In the 1970s he developed site-specific events and experimental music theatre with live props including an exploding tuba, and musicians performing inside a “mechanical” clock, as well as pieces for experimental vocal groups to perform. He was also active in music education from the early 1970s, publishing the Sounds Fun books of musical games, since translated and published in Japan, and was the sound designer for the Jorvik Viking Centre, the first truly multimedia museum in the UK.

He is best known for his electroacoustic music and the software (the Soundloom and much of the Composers’ Desktop Project) which he developed over the years to make the sound work possible. The music has won many prizes, including a Euphonie d’Or at Bourges (Red Bird) and the Golden Nica for Computer Music at Linz Ars Electronica (Tongues of Fire), and in 2008 he was awarded the Gigaherz Grand Prize at ZKM, in recognition of his life’s work.

He is currently working on a new, one hour-plus, 8-channel audio piece, The Garden of Earthly Delights, in which voices are heard in several different audio environments, and where these voices, the words they use and the environmental context all metamorphose each time we return to them.